This opinion was originally published on Shiva Bissessar’ blog. It is reproduced here with the author’s permission.

The Telecommunications Authority of Trinidad & Tobago (TATT) held their 21st ICT open forum on 18th June 2015 posing the question “Should Over The Top Services Be Regulated” to the three regulatory heads of the regional mobile providers Digicel, TSTT and LIME Caribbean, and the audience, no doubt, 100% comprised of mobile customers.

The Top (OTT) services in general and mentions that OTT services includes other services including  video; within this forum (as within their document) there was a clear focus on OTT Voice over Internet Protocol (VoIP) services.  The focus on OTT VoIP was subsequently brought up in the Q&A portion of the proceedings with audience member, Mr Simon Fraser of UWI, posing comments around the future ‘can of worms’ scenario of which OTT services should be regulated or not.   In defining OTT VoIP, three categories were mentioned:

In making a determination on regulation of OTT VoIP, TATT has to take into consideration the Authorised Service Providers’ (ASPs’) perspective and the threat posed by this innovation to their; (i) potential loss in revenues (ii) utilization of network resources (iii) having to compete with an unregulated service i.e. uneven playing field.  TATT also has an obligation to ensure that consumers are protected in this tango between ASPs and OTT services and indeed within their consultative document they note:

With the increase in demand for OTT services by the public, there may be a negative impact on the market if such services are removed

Positioning to Block or Collaborate

In presenting Digicel’s case for possible regulation of OTT VoIP, Mr Kieran Meskell, Head – Regulatory Affairs, stated that OTT VoIP service providers had an unfair competitive advantage over ASPs as they had no cost to build and maintain networks neither did they have any obligations to fulfil as regulated ASP.

They painted a bleak future scenario of Caribbean mobile network operator insolvency due to drastic loss of revenue from their mobile voice calls business and increased cost of upgrades and maintenance of mobile networks.  They highlighted that they had a contract in place with Viber to provide OTT services over their network, which Viber chose not to honour. This is what led to their action of seeking to block the service which TATT previously negotiated to stave off pending further investigation.

TSTT, who previously communicated the position that they will not block OTT VoIP services, took a more restrained approach, but stated none the less that they were concerned with OTT services which are in direct competition with licensed communication services.  Ms Christa Leith, Head – Regulatory & Policy Affairs,  noted OTT services as bypassing traditional distribution systems within their network and indicated their desired for a symbiotic relationship rather than a parasitic relationship.

While citing several regulatory imbalances in comparing ASPs against OTT service providers along several dimensions (including licenses, quality of service, fees and interconnection), they acknowledged that traditional business models in the telecoms sector needed to be re-examined.  TSTT expressed a position of “refining their OTT strategy” and stated they were open to collaborating with OTT services providers via “appropriate business models”.

Head – Regulatory Affairs & Policy, LIME Caribbean / Columbus Communication Trinidad Limited, Mr David Cox came to the podium without a power point presentation but articulated the most thought provoking delivery of the evening.  Coming from a telecoms regulator background he had a perspective on the problem from both sides of the table and he chose to convey his thoughts as a conundrum facing the nation, and indeed the Caribbean, via a series of exploratory questions.

Grounding his delivery with a statement that his organisation has adopted an open internet policy (no blocking, no throttling), Mr Cox spoke less of OTT services and more about information and the differentiation between networks and information.  He acknowledged the need for proper regulatory balance in the telecoms sector agreed that money for the maintenance and upgrade of network will evaporate if this balance is not achieved.  However, he went on to question whether regulation of networks implied regulation of information and suggested at times, a light-handed approach to regulation is beneficial.

Some of his questions included:

Citing a deficiency of in-market data presented by TATT, he suggested the use of foreign data on usage of OTT services may not paint an accurate picture within the local market usage of OTT services.  He also posed a final question to Digicel querying if Viber had not reneged on their agreement, would such an agreement be considered as a solution to the OTT problem or would that have been a temporary fix until a regulated solution was gotten from TATT.   It would seem that this is the question which should have kicked off the proceedings, or any future proceeding on this topic, for that matter.

In taking to the microphone, consumers spoke of their reliance upon these services to overcome international rates and burdensome data roaming charges and questioned the network providers’ claims of delivering a level of Quality of Service, citing recent outages and call quality concerns. Other notable concerns included:

There is no doubt the OTT VoIP has the potential to erode mobile operator’s revenues, but with two out of three mobile operators willing to at least explore non-regulated solutions, one is left wondering if the future is as bleak as Digiciel made it out to be.  Additionally, they all seemed to all agree that Telco business models need to be re-examined.

Hence possible solution scenarios include a light-handed regulatory approach plus collaborative mechanisms between ASPs and OTT services (as advocated by TSTT) or some combination of opportunistic measures via the use of premium rate charges and aggressive measures of allowing ASPs to block what they want and let market forces to prevail (as raised by Mr. Cox).

OTT services are but one innovation we are currently experiencing locally and in the Caribbean, but globally mobile operators are emerging from their traditional business models and immersing themselves into mobile money, payment systems and financial transactions. In fact, the International Telecommunications Union (ITU) currently has a focus group examining Digital Financial Services which is seeking to standardize mobile money technology and solutions.

Hence mobile operators have the ability to derive revenues from new streams such as these and even begin competing with financial institutions.  One can only speculate the kickback local and regional Telcos will experience from traditional financial institutions once this round of innovation and perceived encroachment comes around. 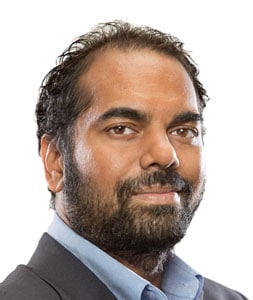 With almost 20 years of industry experience, Shiva Bissessar founded Pinaka Technology Solutions in 2013 as an Information and Communication Technology consultancy with specialization in Information Security at the strategic level. He recently joined the University of the West Indies, Arthur Lok Jack Graduate School of Business, as an adjunct lecturer within their Master Information Systems & Technology Management programme.

He has written several articles in various regional publications on issues such as cyber security, digital currency and technology innovation.   He recently completed a study and report as commissioned by the UN Economic Commission for Latin America and the Caribbean entitled “Opportunities and risks associated with the advent of digital currency in the Caribbean” which should be published by the end of March 2015.

In February and March 2015 he presented on this topic at public forums hosted by the Sim Kee Boon Institute of Financial Economics, Singapore Management University, Singapore and the Bitcoin Centre New York City, New York, respectively.