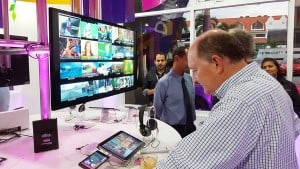 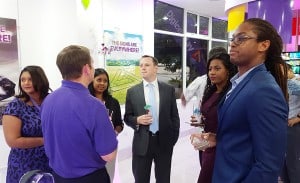 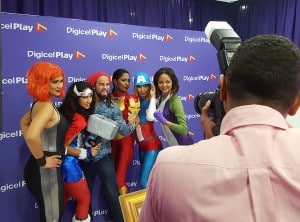 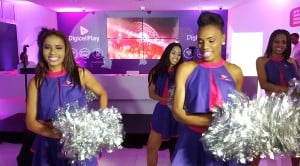 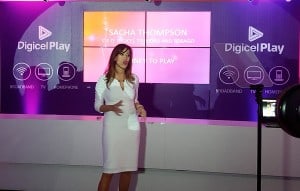 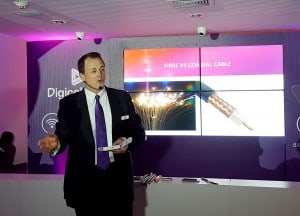 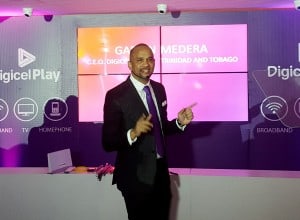 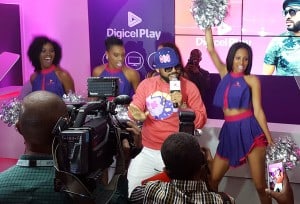 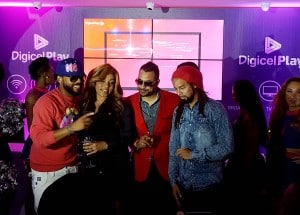 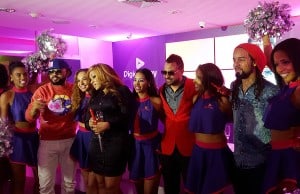 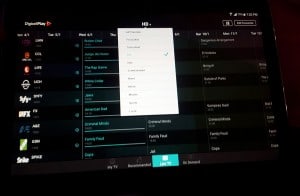 Photographs from the launch event by Mark Lyndersay. Click at top right to view fullscreen.

Digicel announced its new triple play broadband, cable and phone service at its corporate headquarters at the ANSA Finance building in Newtown, Woodbrook.

At the event Garvin Medera, CEO Digicel Play – T&T  announced the new service, which is based on fibre to the home technology. The company boasts of being the #1 broadband provider in Port of Spain (roll out of the service started in the capital city and is continuing throughout the island). A live Ookla test at the event demonstrated speeds in excess of 1.2GB in download speeds.

The company offers a starting package at $199 with a free home phone, basic cable and broadband delivering 25Mbps (ul) and 5Mbps (dl). Top tier packages run as high as 1Gbps. The company plans to expand the triple play offering to quad play “in the very near future,” according to Medera.

Digicel Play offers streamed cable content within the client home on the WiFi network created by the modem using an app available for Android and iOS. The final slide in the show is of the interface for that service running on a tablet.

John Suranyi, Group CEO, Digicel Play – Caribbean and Central America spoke to the technical and infrastructure side of the operation, noting that the company had spent $2billion on the services upgrade project and hired more than a thousand people to support it.

To close the event, Digicel introduced soca superstar Machel Montano as the newest brand ambassador and the representative of the new service.